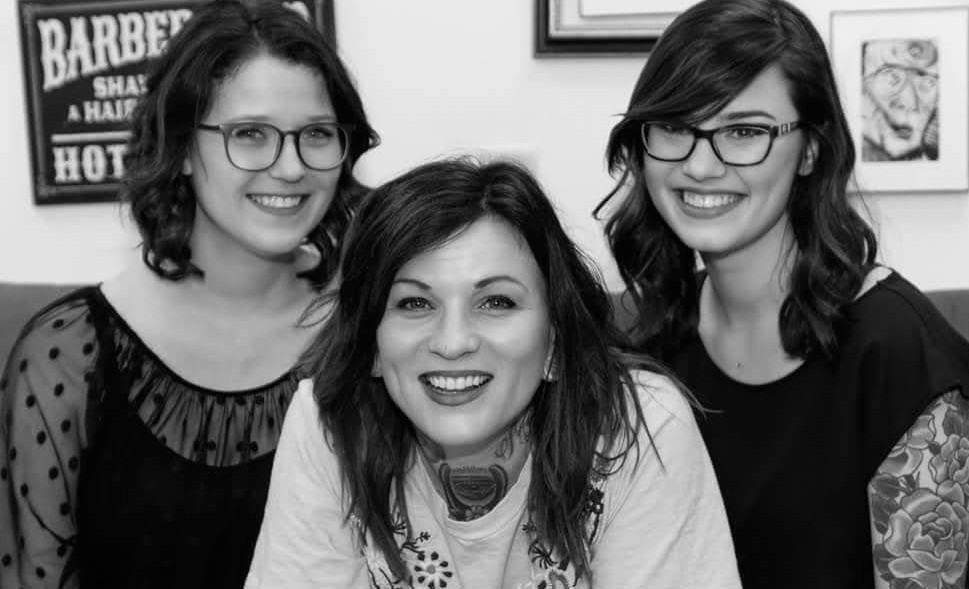 Jen Powell began her journey in the hair industry in 2010 after attending cosmetology school in Montgomery. The Seville at Hilltop owner and founder has been in business since 2012, specializing in custom coloring and texture haircutting. She enjoys a variety of music (special shout out to Wu Tang!), art, tattoos, and dad jokes.

Jessica Toole, who also went to cosmetology school in Montgomery, joined the Seville team in 2014. She specializes in barbering, clipper cuts, and beard shaping. She likes cats and Jim ‘N Nick’s cheese biscuits (and really, why would anyone not like that delicious combination of cheese and biscuits?)

Malerie Bussell joined the Seville team in 2015, apprenticing and honing her craft under the leadership of Jen and Jessica. She specializes in blondes and precision foiling, and outside of the salon, she enjoys kayaking and sour candy (although, she just might have the sour candy at work, too.)